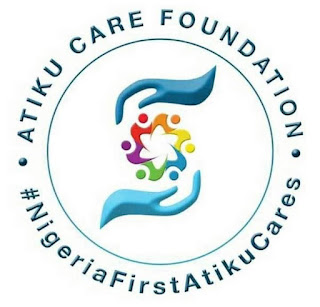 Atiku Care Foundation appoints Nigeria's Bloggers-Community organiser, Jenny Chisom as National Director, New Media. This news broke at about 8pm, Sunday on the official facebook page of the foundation, as signed off by the Director general of the federation, Amb. Abdul bin Abbas with lots of congratulatory messages on going. 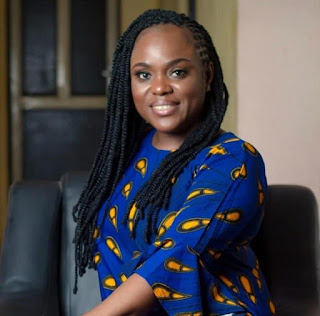 Jenny Chisom, who has been one of Nigeria's foremost Blogging community organizers since 2013 through her Blogging trainings, Bloggers Party and collaborations with The Venture Park for the Blog Smart Hangouts, and is deserving of this position from her pedigree.

The Atiku Care Foundation which has intervened in over 3000 disaster situations nationwide is expanding her impact in pursuit of the goal to bring hope to the vulnerable and less privileged in society. The founder of the foundation, His Excellency Atiku Abubakar was Nigeria's former Vice president and grew up from humble beginnings.

In the statement posted, the Director General of the Atiku Care Foundation noted thus:


APPOINTMENT OF CHISOM UTIBE-AKAH, (aka Jenny) Chisom AS THE NATIONAL DIRECTOR , NEW MEDIA, ATIKU CARE FOUNDATION. The Board of Directors of the Atiku Care Foundation has graciously approved the appointment of Chisom Utibe-Akah as the National Director, New Media of the Foundation. Chisom Utibe-Akah (aka Jenny Chisom) is a multi-award winning blogger, and Media Content Producer. She hails from Ngor Okpala LGA of IMO State. She is a 2004 graduate of English and Literary Studies from the Imo State University, Owerri and have a Certificate in Entrepreneurship Management (CEM) from Pan Atlantic University, Lagos, Nigeria.Chisom is a media force especially online and have pioneered Blogging networks, Trainings and Awards since 2013. She is a regular guest on Radio, TV and Newspapers due to her huge resources in encouraging youth entrepreneurship through Online Media business. She has a vast experience with Print Media, Broadcast Media production and Online Media. She has managed Media Campaigns for Rochas Foundation, Belema Aid foundation, Guardians of the Nation International and other not- for-profit and for-profit brands including government.On account of her steadfast relationship with our Foundation and endearing love and admiration for the Leadership spectra of His Excellency Atiku Abubakar,GCON, she has earned this opportunity. We wish her the very best on her appointment. Amb Aliyu Bin Abbas DG, ACF

We look forward to the efforts of the foundation and its continuous impact using New media soon.