Fela Durotoye: Birthing A New Nigeria For Over A Decade 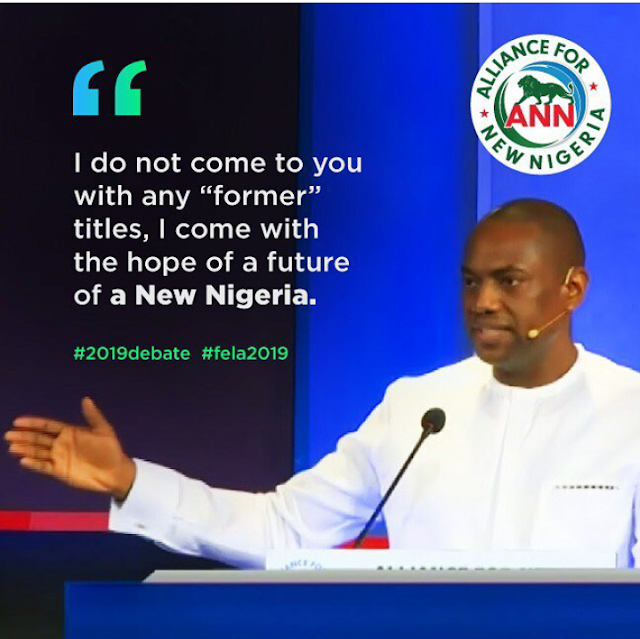 Fela Durotoye has been at the forefront of the movement to build a New Nigeria for over a decade.

He is renowned for history making on the national or global stage.

Over the past decade, he has built a track record of National Transformation projects, many of which are so bold and audacious; near impossible tasks.

In 2004, in partnership with Evans brothers Nigeria publishers limited, Fela trained 5,000 teachers nationwide on an Excellence in Leadership Program titled: Making of a Great Teacher.

Grieved by the abysmal academic performance of our students, Fela embarked on a mission to champion the cause to Revive Academic excellence In our Schools and Educational institutions (RAISE) through a private sector driven initiative he tagged Project RAISE in 2006.

His book, 'The 17 Secrets of High Flying Students', delivers to students, principles that make them super achievers, while the entire plan guarantees an educational system that is believed will make Nigeria the world's centre for academic excellence by December 31, 2025.

The book has been bought and distributed to students by the governments of Lagos State, Oyo State, Abia State, Plateau State and Rivers State.

Alarmed by the massive failure rate in the 2009 NECO examination results, Fela and his Project RAISE One Million team adopted several Secondary schools in the Lagos Mainland area and mobilized a volunteer teaching force of 75 teachers who were volunteering to prepare 890 public secondary school students for their upcoming NECO & WAEC Exams in an After-School program free of charge.

In 2008, Fela Durotoye & his team trained 48,150 students preparing for the NECO Exams in Oyo State, as well as 5000 teachers & parents across 16 locations  for 2 weeks (Fela personally provided feeding, T-shirt’s & writing materials at no cost to the 53,150 participants).

But the greatest story worth celebrating is that ... Oyo State got the commendation from NECO that the students that was trained had the lowest number of exam malpractice in the history of NECO, meaning that the students not only passed but they also didn’t cheat.

On the 24th of November 2012, Fela Durotoye organized the epoch making GEMSTONE GLOBAL READING FESTIVAL where over 12,000 students spread across 18 state capitals in Nigeria as well as in 9 countries across Africa, Europe and the USA all read out aloud in their various locations selected sections of Fela's book (17 Secrets of High Flying Students) at the exact same moment in time (across several time zones).

This was the first-ever simultaneous global reading of a book – “17 Secrets of High Flying Students” in 17 cities in Nigeria and 17 countries across the world at the same moment in time (via live streaming). The reading was simultaneously led by 8 First Ladies & wives of 2 Deputy Governors in their respective states.

Also in  November 2012, Fela broke the world record for "autographing the largest number of books by one author" when he autographed non-stop 10,000 copies of his book in one-seating over a period of 8 hours and 43 minutes. Over 17,000 copies of the book were donated by Fela Durotoye for free to students who could not afford to purchase the books.