UBEC Nigeria to Disburse Funding for Educational Facilities Across Schools

December 21, 2018
The Universal Basic Education Commission (UBEC) says it would soon disburse N142.6 billion to states and the Federal Capital Territory (FCT) to ensure the provision of needed facilities in public primary and junior secondary schools in the country. 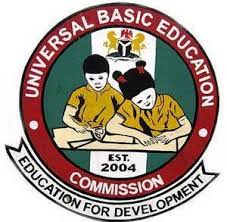 Executive Secretary of UBEC, Dr. Hamid Bobboyi, who made this known in a chat with newsmen in Abuja on Wednesday, said 50 per cent of the money (N71.3 billion) was deducted by the Federal Government from the Paris Club Refund accrued to states and the other 50 per cent the marching grant from UBEC .

He said, “By the next three, four months or at most five months, we will have no un-accessed funds in UBEC. Why am I making the promise? I am making it because the Federal Government found it  (un-accessed fund) inappropriate and discussed it with the states and deducted from the Paris Club refund the entire amount owed by the states up to 31 of August 2017.

“The Federal Government will credit the account of UBEC with about N71.3 billion, which is the amount that is there. We are going to add the marching grant and so in the next few months, the states are going to get 142.6 billion,” Bobboyi said.

Speaking further, the UBEC boss said the Commission has successfully conducted head count of teachers and pupils in primary and secondary schools across the country, adding that the result will be formally announced by 28 February 2019.

While calling for concerted efforts to address the problem of out-of-school children in Nigeria, Bobboyi said the Commission was leaving no stone unturned to mobilise resources and churn out policies to reposition the basic education sub-sector.


Also speaking, UBEC’s Director in charge of Academic Service, Mr Wadata Madawaki, said 7.3 million textbooks were procured for primary 4-6 and distributed under the 2015/2016 intervention by the Commission.

Madawaki, who also listed several other academic standard activities carried out by UBEC in 2018, said N165 million was allocated to each state and FCT for the Teachers Professional Development programme.