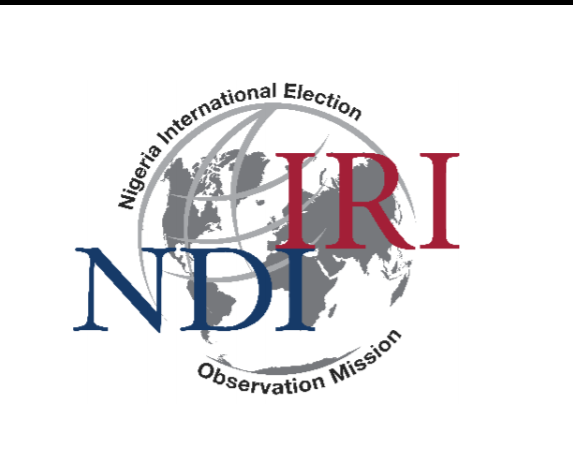 Abuja, Nigeria – From December 14-20, 2018, the International Republican Institute (IRI) and the National Democratic Institute (NDI) are fielding the third joint delegation to Nigeria to assess preparations for the upcoming national elections in early 2019.

The delegation members are:

· Lewis Lucke, Former Ambassador to the Kingdom of Swaziland, US Department of State (USA);

“With just nine weeks until Nigeria’s presidential and legislative elections, the international community is looking closely at the prospects for free, fair, and credible elections in a country that can greatly influence the democratic trajectory of sub-Saharan Africa,” said Thomas-Greenfield.

During the mission, the delegation will meet with the Independent National Electoral Commission (INEC), political parties, civil society organizations, and other stakeholders to assess election preparations and explore ways of fostering peaceful and credible polls in the country. The mission will present its findings at a press conference in Abuja on December 19, 2018.

IRI and NDI have organized more than 200 international election observation missions around the globe, earning a reputation for impartiality and professionalism. The IRI-NDI mission to Nigeria will conduct its activities in accordance with the Declaration of Principles for International Election Observation and Code of Conduct adopted by the United Nations in 2005 and will base its findings and recommendations on Nigerian laws and international standards for elections. All activities will be conducted on a strictly nonpartisan basis and without interfering in the election process.

The International Republican Institute is a nonprofit, nonpartisan organization dedicated to advancing freedom and democracy worldwide. IRI enables political parties to become more issue-based and responsive, helps citizens to participate in government planning, and works to increase the role of marginalized groups in the political process. Since 1983, IRI has monitored 205 elections in 57 countries through international observation missions and assessments. Visit iri.org to learn more.

The National Democratic Institute is a nonprofit, nonpartisan organization working to support and strengthen democratic institutions worldwide through citizen participation, openness and accountability in government. Over the past 35 years, NDI has conducted more than 150 election observation missions in 62 countries. Visit ndi.org to learn more.