EVERY NO COUNTS IN FIGHT AGAINST CORRUPTION! 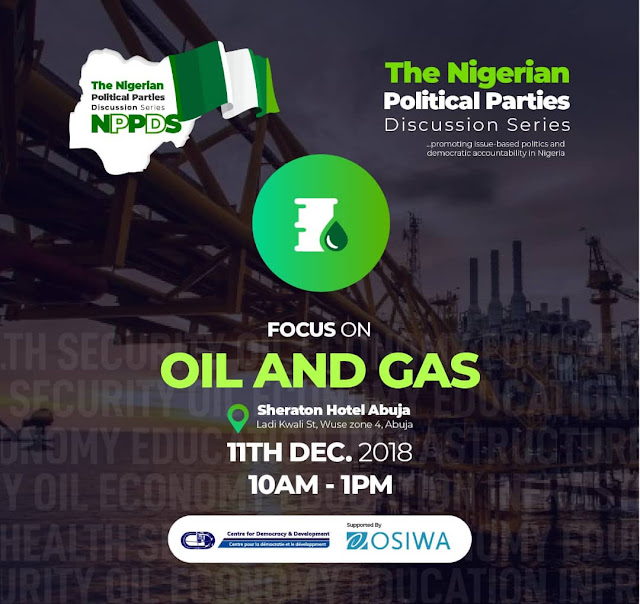 By resolution 58/4 of October 31, 2003, the UN General Assembly designated December 9 as International Anti-Corruption Day. This decision aimed to raise people’s awareness of corruption and of the role of the United Nations Convention against Corruption in combating and preventing it.
The solution to Preventing and combating corruption requires a comprehensive approach, but only in a climate of transparency, accountability and participation by all members of society. Such as; governments, the private sector, the media, civil society organizations and the general public need to work together to curb this crime.

Therefore, Centre for Democracy and Development (CDD) today marked the International Anti-Corruption Day with a call on the government at all levels to make efforts to make “Every No Count” in their operations in order to achieve meaningful development.  International Anti-Corruption Day is a time for political leaders, governments, professional bodies and advocate groups to work together against corruption by promoting the day and the issues that surround the event. Since the issue of corruption remains persistent in Nigeria, putting in place adequate and effective anti-corruption response mechanisms with a view towards tackling the menace remains looming.

According to a report by the Price Waterhouse Coopers (PWC) on Impact of Corruption on Nigerian Economy, “corruption in Nigeria could cost up to 37% of Gross Domestic Product (GDP) by 2030 if it’s not dealt with immediately. This cost is equated to around $1,000 per person in 2014 and nearly $2,000 per person by 2030. Also, in February 2018, Transparency International released the Corruption Perception Index (CPI), Nigeria slipped further down in the global rankings, an indication that appreciable and lasting progress has not been made in the fight against corruption. Nigeria ranks 148 out of 180 countries, with a 27% score out of 100%. In 2016, Nigeria ranked 136, slipping further down by 12 points. Corruption persists in the country at all levels costing taxpayers 25% of annual GDP.

There can be no gainsaying that corruption threatens virtually everything we hold dear and precious in our hard-won constitutional order. It fuels maladministration and deceitfulness, and blatantly undermines the democratic ethos, the institutions of democracy, the rule of law and the foundational values of our emerging democratic project. Therefore, the theme for this year anti-corruption day is to make sure that “every no count” to address emerging issues towards building integrity and emerging best practices on curbing corruption by leveraging on international frameworks to promote sustainable development in Nigeria.

In recent time, Civil Society Organizations (CSOs), the Independent National Electoral Commission (INEC), political parties, the media and the general public have expressed concerns over an excessive use of money and other resources to influence the voters. For example, in the recently conducted governorship elections in Anambra, Ekiti and Osun States, reports have it that vote trading is the trending and emerging issues. INEC and other relevant stakeholders in the electoral processes have continued to play central role in the campaign against vote trading and other electoral corruption related incidences. Ahead of the 2019 general elections, the electoral umpire has consistently reiterated its readiness to work collaboratively with law enforcement agencies to punish anyone who partakes in vote buying and other activities that may question the integrity of the election.

In view of the negative effects of corruption in our society, CDD therefore is demanding that:
Relevant agencies of government fast track the process of operationalization of the adopted National Anti-Corruption Strategy.

Federal government should involve the CSOs and media in the process of utilization of the Malabu recovered loots in the key sector of the economy for the betterment of the entire citizens.
Government should urgently review the on-going National Social Investments Programme to identify the corrupt practices the implementers of the scheme are perpetrating.

While we appreciate the initiative of the Chief Justice of the Federation in setting up special courts to handle the prosecution of corruption cases. CDD calls on the Judicial Service Commission to appoint judges with integrity into the special courts for efficient and effective outcomes. In view of this, Nigerians want to see the positive effects of the established special courts in the areas of prosecution of high profile and politically exposed persons to serve as deterrent to others.

The National Assembly members should in the spirit of transparency and accountability also make their budget open to the public as well to comply with the laws passed by the institution such as; Freedom of Information Act 2011, Public Procurement Act 2007, Fiscal Responsibility Act etc.

That NASS should move quickly to ensure quick passage and transmission of the pending anti-corruption bills to the President for assent.