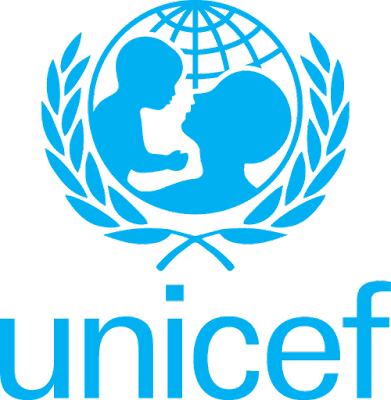 United Nations Children's Fund, UNICEF has expressed its continued commitment to collaborate with government and stakeholders to reduce out of school children and ensure equity in Education especially in Northern Nigeria.

Listen to the Report HERE or Download Audio HERE


Speaking at a Media Dialogue to Promote Equity for Children Education, UNICEF Education Specialist, Azuka Menkiti described as disturbing the alarming rate of out of school children in the Northern Nigeria blaming lack of poverty and poor policy implementation by Government.

As a result of high rate of out -of school children which shows an increased from ten point five million to about thirteen point two million by 2015, Child Right Information Bureau of the Federal Ministry of Information And Culture, CRIB in collaboration with UNICEF organized a two day Media dialogue in Kano State.

Declaring the event open, Head of Bureau, Olumide Osanyipeju noted that government is doing a lot and urged media to play its role in bridging the gap in child education.

“Efforts are being made by government to bridge the gap in the area of provision of adequate infrastructure and amenity for disadvantaged homes and on how to reach communities.”

Media team in a tour to Army Day Special School and Tofa Model School spoke with Head Teacher Harira Ahmed who expressed challenges facing the child education in the area.

“We have over one thousand, we have challenges of lack of staff and the building is not enough, challenges of toilet and even the seating, we are the ones begging the children to come to school, and in the classes most of the teachers are always advised to be using English and Hausa”

Teachers of school, Gabriel Ushemba and Sabiru Abdulahi in an interview with Hot FM also described language barrier and infrastructure as one of the greatest problems.

“The language barrier is the number one thing. They don’t have seats, they will scatter themselves and they cannot read, unlike me I cannot even speak Hausa, I just understand a little”. “If there is a kind of using vernacular language that will make them to understand it will help more”.

Two out of school and two primary six schools children also speak to Hot FM through interpretation. “I am in Primary five, honestly I don’t understand English”. “I want to go to school, but my parents brought me here”.

He was brought here and he has no interest in western education”.

UNICEF education specialist, Azuka Menkiti noted that UNICEF is collaborating with Government to ensure implementation of policy and training of teachers.

“What we are doing is to get the highest authorities inie governance in UNICEF to also embark on this advocacy, so we keep moving to make sure that the policies are implemented. We are also working with government to train teachers, we are also working with government to conduct enrollment campaigns to reach all corners of Nigeria to make sure that parents are beginning to recognize the value of education”.

The two day dialogue which has its theme “promote equity in education for children” was attended by government officials, education administrators and media professionals.

Emmanuel Diugwu filed in this report for Hot Fm before publishing here.
Hot 98.3 fm Radio news Bulletin on Media Dialogue to promote equity for Children Education organised by UNICEF in collaboration with information Bureau of the Federal Ministry of Information and Culture in Kano.