September 14, 2018
City of Abuja, the federal capital of Nigeria will be witnessing a convergence of global influential personalities, diplomats, eminent Nigerians and business communities as the city hosts the 2018 edition of Africa Value Awards. 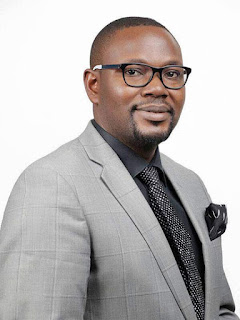 The event scheduled to hold on November 17 at the Nigerian Air force Conference Centre, Abuja is under the auspice of Value Reorientation and Developmental Initiative Africa (VARDIAFRICA).

Speaking to media ahead of the global event which Abuja is hosting for the first time, the chairman, VARDIAFRICA, Ambassador Daniel N. Obah disclosed that Value Reorientation and Developmental Initiative Africa VARDIAFRICA is hosting the 2018 Edition of the Africa Value Awards to honour prominent Africans and Organisations that has promoted the Value and Positive image of the continent.

According to Amb. Obah, Nigeria is to host this edition, of which 60% of the awardees will be selected from the host country Nigeria while 40% is to be selected from other African countries. “The Africa Value Awards is established to recognize individuals, organizations that has projected positively the value of the African continent, developed the economy and youth empowerment, community development, educational development/empowerment, humanitarian services and has also projected peaceful coexistence in their various counties,” Amb. Obah said.

Speaking further, he stressed that the objective of the award as highlighted above is to ensure that those who work tirelessly to ensure the world see the good in Africa are appropriately honoured and celebrated. “The Award program will also honour the First Female President of Africa, Ellen Johnson Sirleaf, traditionally rulers, great and young African entrepreneurs, captains of industries, entertainment, sport, aviation, government agencies and other individuals that has distinguished themselves in various endeavours in Africa.

“Beside the prestigious awards to be given to living legends, there will be a Posthumous award that will be presented to some African departed heroes  that include Nelson Mandela; Kofi Annan; Chinua Achebe; Wangari Maathai; Joseph Blankson and other Africans who lost their lives in defence of humanity and our continent ( Africa), Amb. Obah concludes.