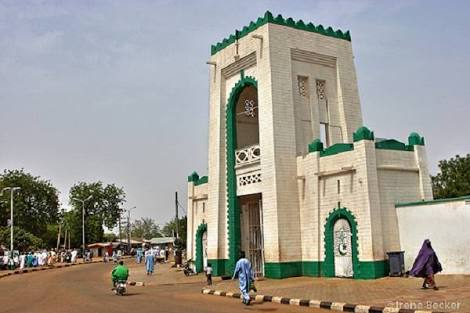 The sokoto state Government has commenced distribution of 15,000 metric tones fertiliser, loaded in 500 trucks, for the 2018 wet season farming. The fertiliser will be sold to farmers at the heavily subsidised rate of 4000 Naira per bag.

The state governor, Rt. Hon. Aminu Waziri Tambuwal flagged off the sales in Tureta local Government area of the state, where he urged farmers to use the fertiliser judiciously. He also warned against diversion of the product and middle men, as he reminded the teeming farmers that they were one of the most vital links in the cocktail of measures designed by the state to boost food security.

Governor Tambuwal who also advised the farmers to imbibe the culture of using improved seedlings on their farms for improved Agricultural yields, distributed support packages to target beneficiaries of IFAD support programme in the state.

Fertilisers, goats, fishery equipment and improved seeds were among the items given in support of the efforts of farmers in Sokoto State.

The Governor appealed to the farmers from the 36 villages who benefited from the agricultural support to see themselves as agents of economic diversification.

In his welcome remarks, the Permanent Secretary, State Ministry of Agriculture, Alh. Sani Garba Shuni, said the state Government has purchased the Super Sosat Millet seed and Faro44 Rice Seed for distribution to farmers. He also thanked Governor Tambuwal for his support to the ministry.

In his remarks the IFAD National Programme Coordinator, Alh Muhammad Lawal Idah, said Sokoto State is leading other participating states in the implementation of IFAD programmes.