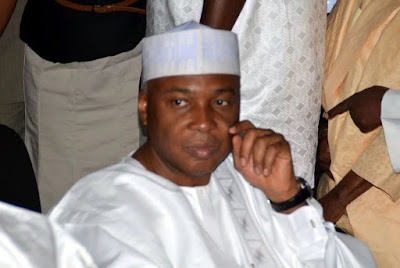 Supreme Court of Nigeria yesterday made it's final judgement on Senate president Bukola Saraki false asset declaration, upholding the no case submission of the former Governor of Kwara State.

Kwara Must Change welcome the decision of Supreme Court on the false asset declaration of the senate President, Bukola Saraki.

It is important to note that, while there are many questions not answered by the Supreme court decision, we still chose to believe that the Supreme court has made it's decision based on it's knowledge and facts available to it.

Since judgement are usually pronounced based on evidence beyond reasonable doubt and many evidences, particularly those from the financial institution like Guarantee Trust Bank is said to have been lost as claimed by the bank, it is not surprising that the court is handicap.

Although, facts are sacrosanct in law court judgements, but facts cannot still be equated with truth.

For us at the Kwara Must Change, the discharge of the senate president doesn't call for celebration on the part of Dr Saraki, since the people he claimed to be leading are constantly living in squalor and abject poverty  while he continue to finance his expensive lifestyle with their resources.

This judgement also doesn't call for any condemnation of the judiciary, since they are only working with facts available to them. We must all take this judgement in good faith, even though we know this may not necessarily be the truth.

What must be put on the record however is that, Guarantee Trust Bank which claimed to have lost all the documents pertaining to this matter is culpable.

For a whole bank of GTB status to claim that it lost such crucial documents without notifying the Central Bank when the incident happened, only to reveal this information in court when it was requested of them to produce the records shows that something is wrong somewhere.

As we put this matter to a close, we call on the federal government of Nigeria to hold our private financial institutions to greater check, to ensure that incidences of missing documents like this never happened again.

And if indeed it happened, it should be reported at the time of the incident for record purpose.

Finally, as the Supreme Court finally  frees Dr. Bukola Saraki, we also call on the Senate President to also free Kwara from the bondage of servitude and bad governance he has represented since the past 16 years.