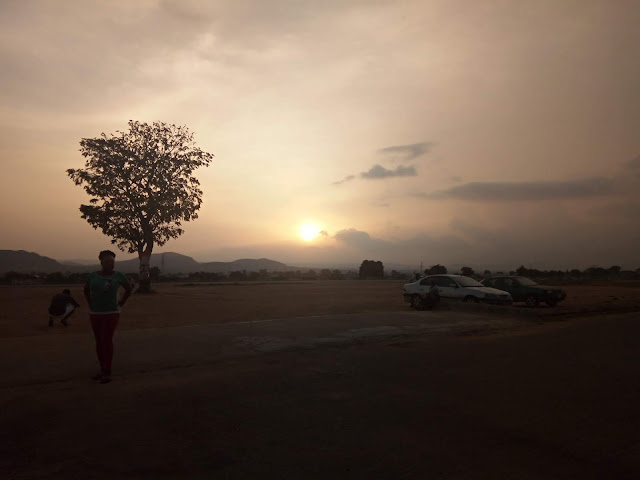 The Ekiti State gubernatorial election was held on 14th July 2018 as contained in the Independent National Electoral Commission (INEC) time table. The African Centre for Leadership, Strategy and Development (Centre LSD) having been accredited by INEC to observe the Ekiti gubernatorial Election trained and deployed 50 observers to observe the election in collaboration with New Initiative for Social Development (NISD).
The observers were deployed across the state to observe and provide real-time election-day reports from the 16 LGAs of Ado-Ekiti, Ikere, Oye, Aiyekire (Gbonyin),Efon, Ekiti East, Ekiti South-West, Ekiti West, Emure, Ido-Osi, Ijero, Ikole, Ilejemeje, Irepodun/Ifelodun, Ise/Orun and Moba. The Centre’s impressions are captured below:

INEC Logistics arrangement
The logistics arrangement by the Independent National Electoral Commission (INEC) was commendable. INEC officials with their materials got to the polling units early and set up was done early as materials arrived. Electoral materials however did not get to very few Polling Units by the approved time for beginning polls. Reports from across the state show that the average time of opening the polls was about 8:30am. At Ajebamidele ward 13 polling unit 8, farm settlement in Ado Ekiti, accreditation and voting started simultaneous at about 8.25am. At Ado Garage sawmill polling unit 009, Ikere ward 10,  accreditation and voting started at about 8.30am. At Idemo in Ekiti south polling unit 001, Ikere ward 7, accreditation and voting started at about 8.05am. In post office bus stop, polling unit 001, Odose ward 11, Ikere LGA accreditation and voting started at about 8.45am. In church of the Lord, Odose, polling unit 003 ward 11, accreditation and voting started at about 8.55am. Also in Open Space at market stall Ogbese, Erinwa II ward 05 in Ise/Orun accreditation and voting started at about 8.25am. In ward 002 in Anuye PU of Ikere LGA, the polling station was opened at exactly 8: 00am with 5 security personnel and 8 electoral officials.  In Asumpta hospital ward 4, PU 010 in Ado-Ekiti the polling station opened at 7:10 am with 13 security personnel present and 12 electoral officials. The polling units had an average of 5 including security personnel from Nigeria Police, Nigeria Security and Civil Defense Corps (NSCDC), Federal Road safety and Immigration.  Officials and materials were adequate and both the security personnel and the electoral officials were alive to their responsibilities.
Accreditation and voting process:
Set up was concluded before 8.30am in all the polling units visited except for few isolated polling units. The Polling Officers before commencement informed the voters that accreditation and voting will take place simultaneously. The exercise was scheduled to end once the last person on the queue was accredited. In all the stations visited accreditation and voting were done simultaneously and the processes went peacefully.
Security of the process:
The security deployment was commendable. The Nigeria Police Force had initially reported that 30,000 personnel will be deployed to maintain law and order and this was visible as we experienced little or no violence before, during and after the elections. Men of the Federal Road Safety Corps, Nigeria Security and Civil Defense Corps (NSCDC) were also on ground to complement the efforts of the police.  As mentioned earlier, there were an average of 5 security personnel in each polling unit. Party agents behaved themselves, perhaps due to the commendable presence of security officials and positioning of the military at strategic locations across the State.
The security deployment largely accounted for the peaceful nature of the election, such that the premonition of uprising by some persons, did not materialize at the end. Overall, the conduct of the security men was good and commendable. It was obvious that they had been groomed on how to perform Election Day duty.
General participation:
The turnout was high and impressive, the electorates came out in their numbers to vote and political party agents were highly represented. There were isolated cases of violence but were resisted by the electorates, even at this, the general perception was that the exercise was peaceful. We also experienced few cases of card reader failure but INEC official promptly attended and fix the challenges in a reasonable time. The system adopted for accreditation and voting was quite useful for time management. Counting of ballot was done in a participatory manner and by 2.30 - 3pm the exercise had been concluded in majority of the polling units. As a matter of fact, the election stakeholders including security, media, Civil Society Organizations, Independent National Electoral Commission (INEC), political parties and the electorates performed well. There was a lone incident of ballot box snatching. Thuggery was completely non-existent. Party agents conduct were salutary. The voting environment where altogether peaceful. Vote buying was noticed and it was the handiwork of political parties and their representatives.
Impression:
INEC and other relevant stakeholders including security agencies, media, Civil Society Organizations, political parties and the electorates proved their mettle. Late arrival of INEC personnel with materials which used to be the order in the past has been unlearned by the Independent National Electoral Commission. Security deployment and the inter-security co-operation should be upheld as we look forward to the Osun gubernatorial election and the 2019 general elections. Above all, the presence and support of members of the Civil Society Organizations in the observation of the exercise, brought credibility and value-addition to the election. That said, the only hiccup in the entire election process was the several cases of voter’s inducement by members of political parties ie vote buying.

Challenges:
The challenge noticed during the exercise was;
a)     Vote buying
b)     Cases of invalid and void votes
Recommendation:
We recommend the following;
a)            Effective sanctions on Political parties who engage in voter inducement and vote buying as a way of curbing the ugly menace.
c)            The level of cooperation amongst the security operatives should be sustained and deployed for future elections especially as we approach the Osun and the 2019 elections.
d)            INEC should maintain and sustain the logistics arrangement used in Ekiti and deploy the same strategy for future elections.
Conclusion:
The election was generally peaceful. This level of stakeholders’ support to INEC and the process should be sustained because if it continues, in no time all the challenges that often characterize our elections will fizzle out and we would begin to have a rancour free election. INEC should find a way of dealing with vote buying on election day and churn out clear sanction for any political party that is found to be culpable.