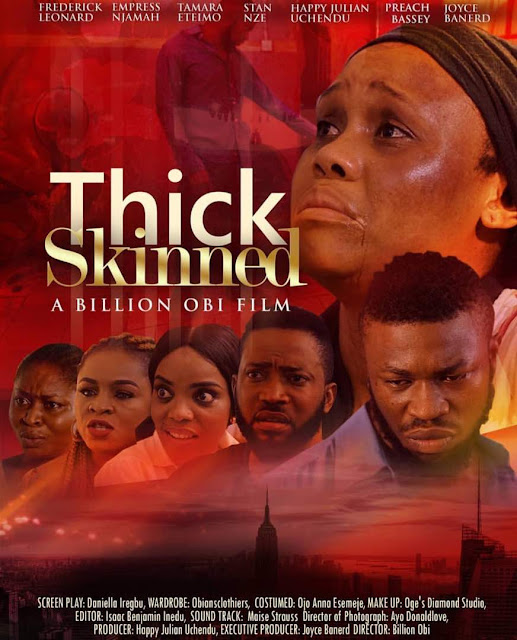 Nigerian foremost movie director and creative film maker, who had been widely recognized for his Indigenous film titled IJE ADA among several other of his films has recorded another milestone with the release of his latest movie titled "Thick Skinned"


According to the Director, directing and creating the movie alongside the producer, Happy Julian Uchendu was an arduous task, consuming a lot of resources.

The movie is centres around domestic violence, marital abuse, challenges of being a single mother and divorcee and the societal perception of failed marriages and broken love relationships.

"Am deeply happy to present this to you. It's full of drama, suspense and psychological twist," the Director was quoted as saying.

While stating that the movie will be officially released on African Magic and Iroko TV in a few weeks time, Billion stressed that he could be followed on Instagram @billionobi for movie clips and updates.