March 19, 2018
Nigeria, Africa’s biggest economy, has recorded the worst performance in terms of women participation in politics and electoral processes.
According to the Global Gender Gap index data of the World Economic Forum (WEF) analysed by BDSUNDAY, the country was ranked 135th out of 144 countries, scoring 0.052 in 2017, where score 0.00 means imparity and 1.00 means parity. 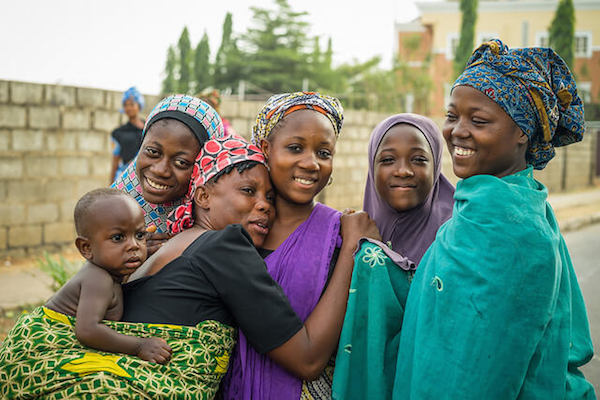 The index measures the gap between men and women at the highest level of political decision-making through the ratio of women to men in ministerial and parliamentary positions.
Based on the data, Nigeria declined to 0.052 in 2017, from 0.097 in 2016, representing a 46.4 percent drop.


“The gap in political empowerment shows what we know already that Nigerian women are not participating in the political process anywhere near the rate of men,” Oreoluwa Lesi, executive director of Women’s Technology Empowerment Centre (W.TEC), said in an emailed response to BDSUNDAY inquiry.
There are also concerns from women about the unhealthy political environment which is a major challenge for women in politics.
“We don’t have a healthy political environment for a lot of women to participate because our system is full of violence, fraud, manipulation, etc,” Edobong Akpabio, executive director, Living Green Farms and Garden Foundation, said in a phone interview.
Also supporting the statement on the obstacles, Alison Phido, executive director, African Radio Drama Association (ARDA), said the poor performance of women in politics stems from poor access to finance, difficulty in accessing membership forms, sexual harassment especially from political godfathers, and the perception of women in politics.
The Beijing Platform for Action prescribed by the International Women’s Conference in Beijing, China in 1985 has a benchmark for women participation in politics. But the country is not up to the benchmark.
“The Beijing framework said that every country should aim for at least 35 percent of women representation in politics, but in Nigeria we are not even up to 5 percent in that aspect,” Phido said.
The data also captures the best and worst African countries in terms of women representation in politics. The top five African countries include Rwanda which scored 0.539, South Africa scored 0.399, Mozambique scored 0.340, Namibia scored 0.318, and Burundi scored 0.255.
“Why other countries are above us is based on the certain measures put in place to include women in politics. For example in Rwanda, the head of state and political parties have made agenda to include a level playing ground for women to participate more in politics,” Phido said.
Also, the worst five include Nigeria which scored 0.052, Benin had 0.065, Burkina Faso scored 0.075, Botswana scored 0.079, and Chad scored 0.087.
The 2007 polls witnessed a slight increase in the number of women in the federal legislature which was 34. This reflects on the data where the country was ranked 106th, scoring 0.0519. But the figure went down further to 26 in 2011, causing the country to drop to the 121st position with a score of 0.0384.
“There is a recent framework that is going on in the national assembly and senate where women who have run for two terms will be asked or mandated to step down from their leadership positions so that the party royalty can go to the senate. That explains the decline,” Phido said.
As the country approaches elections in 2019, women are hoping that the government tackles all the obstacles on their path to allow for more women in both elective and appointive positions.
“The obstacles are many but if the government and political parties can show a good example of fairness or level playing ground for women, more women will come forward,” Phido said.
Lesi of W.TEC also said the government should develop strategies to get more women involved in political process and develop more policies that will prioritise the best interests of women, which would in turn benefit society as a whole.