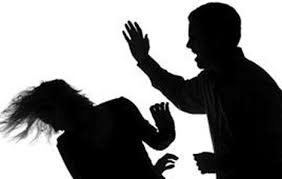 A 47-years old woman identified as Fayoke Jegede has been hospitalized following injuries she sustained when her husband beat her up recently over the continued disappearance of her son, Oladimeji Emmanuel.

Fayoke was accused by her husband, Adekunle Jegede of shielding her 18- years old son, Oladimeji away from undergoing some traditional rites would cleanse him of the spirit  of witchcraft.

Trouble started when a team of traditional worshippers, led by Oladimeji's father stormed Fayoke's residence and demanded the whereabouts of her son.

Our reporter gathered that the traditional worshippers vowed to drag Oladimeji before their deities for the spiritual cleansing, dead or alive.

Attempt by Fayoke to prevent the intruding traditional worshippers who were armed with some charms from ransacking her residence however, resulted in her being beaten up by her husband and the traditionalists.
Our correspondent however, gathered that Oladimeji's father, Adekunle Jegede had in November 2015, accused his son, Oladimeji's Emmanuel of possessing witchcraft powers which he is using to negatively affect his business following his refusal to sponsor his tertiary education.

Following his business misfortunes, Mr. Jegede was said to have consulted the deities, which prescribed that unless live-Oladimeji or his corpse be made to undergo the spiritual cleansing, his business fortunes would not be restored.

Speaking with newsmen from her hiding, Fayoke Jegede emphatically declared that she would not surrender her son for any traditional rite which  include making Oladimeji to sleep in the cemetery for seven days and also drink herbal concorson prepared with animals' blood.

"It is not possible: how can I open my eyes and allow my son, Oladimeji to undergo such babaric and dehumanizing rituals under the guise of any tradition when it is obvious that my son is not a witch?"

"It is unheard of and I will not agree that my son is the source of his business misfortunes. I knew all these while that my husband never liked Oladimeji and that is why he is scheming to kill him."

Fayoke however, appealed to well-meaning Nigerians, civil rights organizations as well as other international bodies to assist in protecting the live of her son, Oladimeji from being made to undergo the killing rituals in the name of tradition.