March 26, 2018
As the 2019 governorship election in Imo State draws near, a front-line Peoples Democratic Party Governorship Aspirant, Hon. Tony Nwulu has vowed to cut down the cost of government expenditure as part of his holistic plans to salvage Imo State from further ruination.
This he said  will free up funds to provide the much needed dividends of democracy to the people if he is elected Governor of the State. 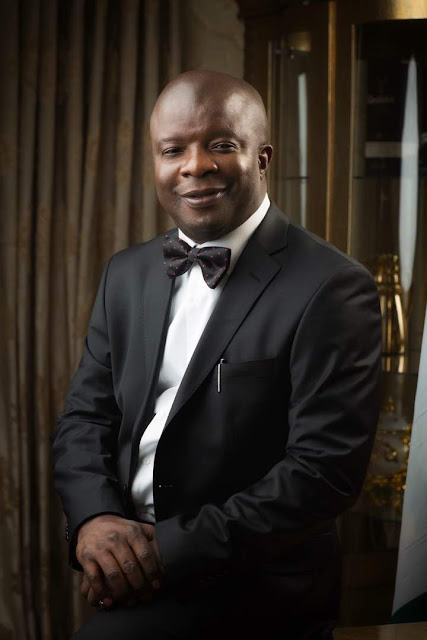 The House of Reps member who hails from Ezinihitte Mbaise LGA of Imo State but shattered ethnic barriers to win Oshodi/Isolo Federal Constituency seat in Lagos State said his administration would also ensure that security votes of State Governors are also channeled to other critical areas which successive governments had neglected. He stated that such funds which state Governors use at their beck and call  could be deployed to create employment opportunities for the youths thus will go a long way to reduce poverty.

He said such funds could also be utilized to create massive employment to the youths in Imo State who have been ravaged by biting unemployment. The Federal lawmaker said his popularity among the youths having initiated the” Not Too Young To Run Bill” which is awaiting presidential assent and embraced by millions of Nigerian youths gives him tremendous edge over governorship aspirants in Imo State.

Speaking through the Media Director of Mezie Imo Movement (NIM), Nneji Uneze, he said he has chosen a level headed approach to governance by choosing not to be addressed as “ His Excellency” when he is elected Governor of Imo State, as well as ensuring that the government expenditures are reduced to allow inclusiveness for real development of the State.

In line with his commitment to cut cost of governance, he assured that Commissioners in his administration would be allowed to drive one vehicle and without unnecessary aides while support staff would be reduced to a considerable number in order to accommodate begging developmental programmes that require urgent attention.

He made it clear  that government under his watch would eschew any tendencies of unnecessary waste of government funds through celebration of parties and organizing frivolous birthdays with the longest cake in the world just to appease the governor.

Nwulu also disclosed his desire to run a simple and an inclusive government tailored towards due process by ensuring that the governor’s convoy is reduced to at least three cars, while other functionaries of the State government would follow same. He also explained that security of lives and property would be checkmated adding that “those youths you empower with  money will no longer go to steal or be involved in other criminal activities”.

The lawmaker reminded Imo people to go and register and obtain their permanent voter cards (PVC) which would empower them to choose their candidate at the elections  in the 2019 elections.