BlackPanther In Nigeria: The Records, Reviews and Box Office Hit

February 21, 2018
According to wikipaedia, Black Panther is a 2018 American superhero film based on the Marvel Comics character of the same name. Produced by Marvel Studios and distributed by Walt Disney Studios Motion Pictures, it is the eighteenth film in the Marvel Cinematic Universe (MCU). It is directed by Ryan Coogler, written by Coogler and Joe Robert Cole, and stars Chadwick Boseman as T'Challa / Black Panther, alongside Michael B. Jordan, Lupita Nyong'o, Danai Gurira, Martin Freeman, Daniel Kaluuya, Letitia Wright, Winston Duke, Angela Bassett, Forest Whitaker, and Andy Serkis. In Black Panther, T'Challa returns home as king of Wakanda but finds his sovereignty challenged by a long-time adversary, in a conflict with global consequences.

In Nigeria, in the last 4 days, it has been on an all time buzz as Nigerians throng the cinemas to secure a ticket. The accompanying costumes and excitement has been colourful. WIth reviews more in favour of the movie, here is one of the feedback as written by Okey Resh Azubuike amongst thousands of others. 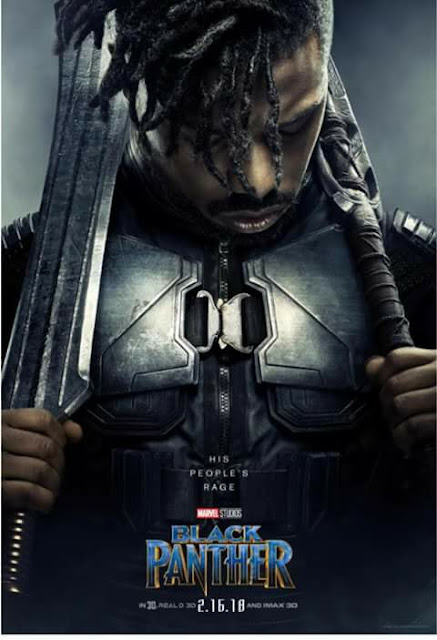 People are asking what's the big deal with the #blackpanther rave...I will tell you. Finally there is an elevation and a picture to dream upon. The Caucasian talks and acts superior and intact keeps it that way through movies and images that are presented as a recurring truth which has to later be accepted as so. I can't explain the sensation I get by just looking the pictures and the preview. Someone jumps inside us that has always been there. Now we can take the lid off our Psyche to explore our God-given omnipotence. Wakanda is where we all as African want to have our citizenship. A place of pride and great wealth... A place where dreams come true...not what is but what should be.
It's not a talk of inferiority complex but what every great African heart will resonate with.
200million dollars committed to the hands of African Americans and people of African decent and we have one of the greatest movies of our time... nothing is wrong with the black man after all. This is hope to dream on...#blackpanther

We celebrate the crew, producers and cast of Black Panther as it has broken box office with $218Million and tops StarWars in the opening!