Omisore Reassures Osun Citizens of a New Dawn in 2018 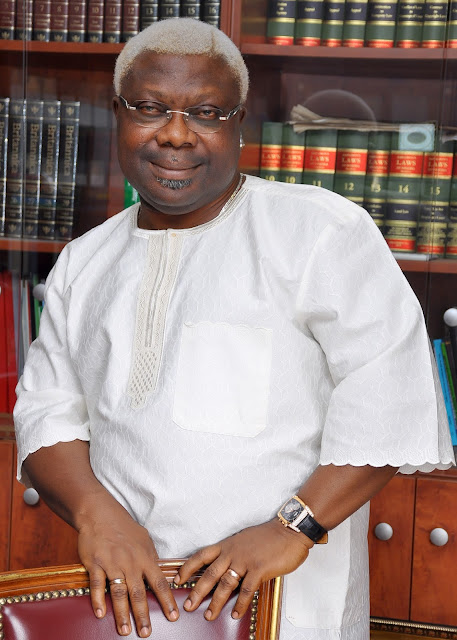 Former Deputy Governor of Osun State and a two term Senator of the Federal Republic of Nigeria representing Osun East senatorial district, Dr. Iyiola Omisore has reassured his people in Osun State that the New Year will usher in a new dawn.


In his Christmas and New Year message to the citizens of Osun State, the Apesin Oodua of the Source reassured them of a better 2018, the year that promises real change to the people.
Speaking to his party loyalists who came to visit him on Christmas Day at his country home in Ile Ife, the Bashorun of Ijeshaland and Asiwaju Balogun of Ibadanland expressed his pleasure at having them around. He thanked them for their abiding faith in him and appealed to them to gird their loins and be ready to Change the change come 2018 gubernatorial election in the state.


“Osun state has been under socio-economic and political bondage for the past 7 years under the directionless leadership of APC. My people have suffered undue pain; the economic and social lives of the people have retroceded; the civil servants have suffered, the educational system has been bastardised, infrastructural system across the state has collapsed. It’s time to Change the change. My people in Osun should hold their destiny in their hands and come out massively to vote out pains and long suffering. They should also be ready to guide their votes and not allow themselves to be deceived by anybody”, he emphasised.
Senator Omisore averred that he is out to serve his people; “as a private citizen I have added more value to the mass of sons and daughters of Osun than the government. I am determined to do more by continue with my social intervention programs; scholarship program and other philanthropic gestures. I am out to rescue my people.
“I wish my people merry Christmas and a prosperous new year. Be merry, be happy and be good to one another; let’s show love. Love is what the birth of Christ spiritually signifies. Do not allow the current economic hardship and fuel scarcity kill your joy in this joyful season. Happy new year”, he stated.
While he was the Chairman, Senate Committee on Appropriation, Senator Omisore worked with other members of the committee over 4 rounds of national budget reviews and allocation, increasing national investments in infrastructure, economic and social development as well as championing civic engagement in what has become nationally recognized as the ‘Inclusive national budgeting initiative’.
Omisore is a grass root Politician, a political mobiliser and a community man, who has always being involved in development efforts in his place of birth, Ile Ife. He has been conferred with over twenty (20) traditional titles by different communities, where he has won the admiration of the people. He is a free mixer and could be found in the circle of both high and the lowly throughout Nigeria. He is also very much at home within the academia and has presented several academic papers at various academic functions.
He is born a Prince to the present Ayepe, Olode, Ile-Ife, Oba David Olajide Omisore who is the grandson of the Late Olufewara Kabiyesi Oba Titus Adetoba of the Oseganderuku ruling house in Ifewara where his mother, Princess Emila Adejola ruled as Regent until her death in 2006. Iyiola grew up in Ile-Ife, in a very large and extended family where diligence, integrity and community service were part of both his heritage and leadership responsibility as royalty.
The erudite engineer sprang to recognition and prominence with his people as a result of his philanthropic activities over two decades ago. At the last count he has personally funded or facilitated the funding of over two hundred and fifty (250) projects widely spread all over his home state of Osun and in other states in Nigeria.