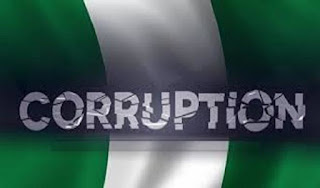 By Obinna Edeh ©
There is a growing pattern with Nigeria’s anti corruption war. It is the fact that noise follows action. In other words, the mode of fighting corruption in Nigeria is that, even before a petition is investigated, the infraction is leaked to the media. Thereafter, a lot of sensation builds up in the social and electronic media across the nation. The people gather in newspaper stands to debate on the issues and criticize the government. The electronic media runs an interview session on the subject for almost several weeks. In this time, they invite almost all the social critics they can reach without inviting the critical persons whose duty it is to respond to such allegations.

On the other hand, the spokespersons of the government would invade every available media to extricate their bosses and justify the silence of the state. Such pattern continues for weeks (and sometimes) for months across these media until silence returns; Nigerians move on, the government moves on and corruption smiles home.
Noticeably, in all of these, no serious investigation is commenced because the anti corruption agencies would be waiting for a petition to be formally filed or to be instructed by the Attorney General’s office.

There are also the diversionary tactics employed by the state to take attention away from cases where state officials place an umbrella on corrupt officials. One wonders the ‘coincidence’ of sacking the former Secretary to the Government of the Federation and the Director General of the National Intelligence Agency at the time when Nigerians are fuming on the recall of the former Pension reform chief, Abdulrasheed Maina.  To many, this is yet another attempt by the state to create another noise, and thus fizzle out the usual noise that attended the recall of Maina.

The media should be more perceptive in their reportage of such news. Evidently, it is Nigeria’s print and electronic media that leads the way in noise making. However, we suggest that facts should replace noise and patriotism should be placed above patronage. The entire anti corruption war seems like a vestige of so much motion without movement. But we can only move silently, when we conclude all the investigations first before coming out with the noise. The story of the arrest of some alleged corrupt judges made headlines across all known media in Nigeria. Yet, right now, many months after, most of the judges have been acquitted or prosecution is on a snail-speed. The fight against corruption would be eclipsed when Nigerians realize that it is only about the noise and nothing more. We should place action before noise!

Obinna Edeh is a Lawyer and Research Consultant with interest in  the Economics of Governance, Medical Rights and Divinity. You can follow him on Facebook and  twitter @obilexie