Blood on the Plateau - Obinna Edeh 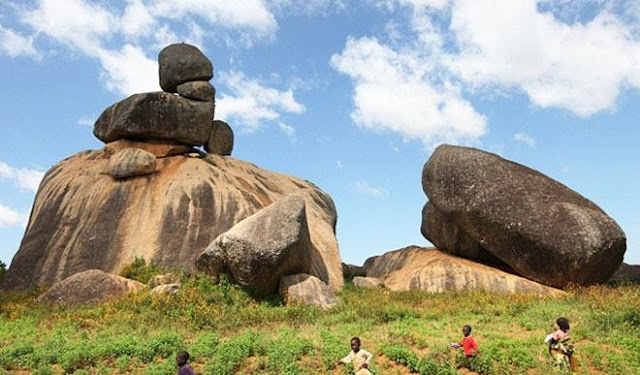 If the land of Plateau could speak, it would be telling the Federal Government of Nigeria that it is tired of being forced to suck innocent blood. The tragedy at Plateau State has reached a monstrous level, leaving the poor tribesmen in fear of terrorists and marauders who masquerade as herdsmen.
A couple of weeks ago, a group of traders returning from a village market were summarily executed by these criminals. To many Nigerians, these are not ordinary criminals, because if they were, we would have seen efforts from the state to apprehend them.  The killing in the Plateau is more of an organized crime, almost coming to the level of ethnic cleansing. There is no reason why a particular tribe in the Plateau would be targeted by these men of the underworld without a strong response from the state.

Just a few months ago, a group of secessionists rose in the eastern part of Nigeria to break out the region from the present country. But a military operation of less than a week restored normalcy in that part of the country. Although there are present arguments as to whether proportionate force was used by the Army to dislodge the secessionists, the point here is that the government of Nigeria restored normalcy in the troubled region in less than one week.  Presently, the Nigerian security forces have almost (completely) dislodged terrorists operating in the North East of the Country. In two years into the inauguration of the President Buhari, the insurgency has been reduced to trifles of suicide bomb attacks across Borno and Adamawa States.  The Badoo attacks in Lagos have been effectively submerged; and the Nigerian police in a sting operation recently apprehended the most wanted kidnapper in Nigeria.

Therefore, one wonders why the same level of force has not been brought to bear in Plateau state.  The near-laxity of the state government is also another cause for concern. Some months ago, some herdsmen invaded farmlands in Ekiti State (South West Nigeria) killing one person and injuring others. The Governor of the State responded immediately by sending a bill to the state House of Assembly to prohibit open cattle grazing. The bill enjoyed accelerated hearing and was signed into law. Enforcement began at once, and thus put paid to the attacks from herdsmen. Furthermore, the Benue State House of Assembly in North Central Nigeria adopted same pattern as Ekiti State.  Since the Benue Anti Open Grazing Law came into operation in November, herdsmen have been trooping out of the State to neighboring states.

It would be very unfortunate, if we have to remind the Governor of Plateau State that he is the Chief Security Officer of the State. If he appealed for Federal assistance and was turned down, he should inform Nigerians as well as the international community. But the preventable deaths across the Plateau has become too much for us to remain silent. A state that is not at war should not record the number of deaths that Plateau state has recorded in recent times.

Obinna Edeh is a Lawyer and Research Consultant with interest in  the Economics of Governance, Medical Rights and Divinity. You can follow him on Facebook and  twitter @obilexie

Unknown said…
The atrocities happening in Plateau state is state (FG) sponsored. They seem to be fighting over an old score. It is a cycle of impunity and violence. The government of Plateau state has failed itself and its citizens. It deserves to be voted out. Plateau used to be a cool place for investors to live and do business but this same issue has made it a no go area.
16 November 2017 at 11:45