October 18, 2017
In a statement by the River State Commissioner for Information and communication, Emma Okah, titled: 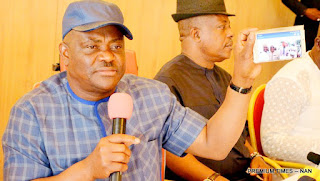 RSG DID NOT AUTHORISE THE MILITARY TO INOCULATE SCHOOL CHILDREN, the state government said:

“it did not authorise the Nigeria Army or indeed any other body or person to enter into school premises to administer forced medication or vaccination on any child in any school in Rivers State.“Inoculation is personal and consent of the Rivers State Government and parents must first be sought and obtained before it can be administered on any school child in a school premises.“Consequently, all school heads and parents should resist any such attempt.

This was a statement released on Tuesday, after quenching the scare at first that no vaccination was taking place and helping parents relax and schools resume again.
We think the written statement afterwards was not necessary since peace should be sacrosanct.
The initial scare came from a rumour that the Nigerian Military were forcefully injecting children with the deadly Monkeypox virus.

What do you think about how the River State Government has handled this situation?